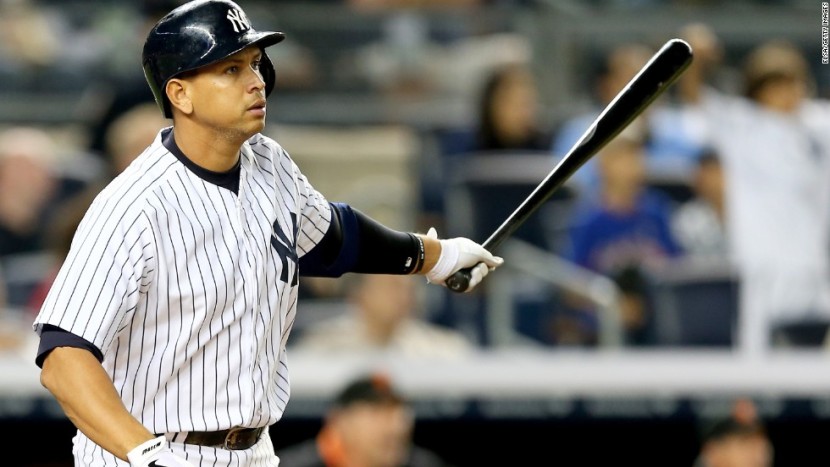 It has been a good run but nothing lasts forever. This particular run started in 1995 and lasted longer than anyone ever could have imagined but really ended after the 2009 World Series Title. However in the interest of historical perspective it should be noted that the Yankees made the playoffs in 18 of the previous 21 seasons. A total of 5 World Series titles, perfect games, several future hall of famers winding up careers etc. Yankee fans have experienced more than they deserve over the years. The younger Yankee fan (the ones under 30) does not know the meaning of the word most closely associated with losing in sports,”REBUILDING”. At this juncture that is exactly where the Yankees are. They are rebuilding starting in 2016 and it may take a couple of years to complete. The good news is that this will not be a crash and burn rebuilding such as what the Atlanta Braves have been doing the last couple of years. This will be a controlled landing and a scheduled take off in 2018 to return to being a legitimate playoff team again.

Where do you start to rebuild a team that has several prospects that are not really ready and aging stars making millions? You have to let some time go by so some of those aging stars contracts can expire while not spending too much money. The Yankees basically did that going into this year. No big money free agent signings. They traded for Starlin Castro from the Cubs to play 2B. Castro is a good young player with a very favorable contract. They also traded for Aroldis Chapman from the Reds and have him signed to a one year contract. That is pretty much it for the acquisitions. No Jayson Heyward or David Price type signings which is fine. It is the smart way to go. The following contracts expire after this season: C.C. Sabathia – $25M, Mark Teixeira – $22.5M and Carlos Beltran $15M. Alex Rodriguez’s contract does not expire until after next season. You can replace Teixeira with lefty power hitting 1B prospect Greg Bird, who filled in very nicely for Teixeira last year. You can replace Beltran with another up and coming prospect in OF Aaron Judge. Judge stands 6’7” and reminds me of Giancarlo Stanton. He has developing power and should be ready for the majors by the end of this season. On the horizon is another prospect with big promise. SS Jorge Mateo stole 82 bases last year in Class A ball. He could be ready by 2018 and the timing would be perfect. C Gary Sanchez could be up this year. Sanchez is another power hitting prospect that can start the transition to younger productive players that are less injury prone and under team control for 6 years in terms of salary. “The future’s so bright I gotta wear shades” as the 80’s song by Timbuk 3 goes.

So what will the Yankees look like in 2016? You are going to see a team very similar to last year with one significant difference. Let’s start with the pitching. The best bullpen in baseball got much better with the addition of Aroldis Chapman. The pen that already featured Dellin Betances and Andrew Miller now has the top three K’s/9 innings pitchers in the game last year. It is the epitome of a shutdown bullpen. The game is changing and the pen in many ways has become as important as the starters. The Yankees really only need the starting pitchers to get them 5 to 6 solid innings. This is good because the rotation features several pitchers that fall into this category. Masahiro Tanaka and Michael Pineda are always an injury risk so their innings will be limited. Luis Severino and Nathan Eovaldi figure to be 7 inning pitchers. CC Sabathia or Ivan Nova are more like the 5 to 6 inning pitcher. I would not call this a strong rotation but maybe “serviceable” would be the right term. If Tanaka or Severino go down it could make for a very long season.

The offense is full of if’s and but’s but what we really need is the candy and nuts. C Brian McCann, 1B Mark Teixeira, DH Alex Rodriguez and OF Jacoby Ellsbury all have to stay healthy and have good years for this to work. The history of those players health does not give reason for great optimism. This offense could use a big year out of OF Brett Gardener or 2B Starlin Castro to help move things along.

The CC Sabathia issue is likely to come to a head this season. He has been named the 5th starter as the team breaks camp even though he did not pitch well in spring training. However it makes more sense at this point to run him out there and see what happens as opposed to sticking him in the pen. He stands to earn $25 million in 2016. Not exactly what you want to pay an unproductive pitcher at the end of his career. This could be very painful to watch. More interestingly though is the wording in Sabathia’s contract concerning 2017. Read on:

What this basically says is that if CC Sabathia is healthy in 2016 that the Yankees automatically have to renew him for 2017 for another $25 million. The Yankees have a $5 million buyout of that 2017 vesting option which we can almost guarantee will be exercised if Sabathia stays healthy all year. They want no part of one more year of CC. If it costs big money to get out of it they will spend it.

Tanaka and Ellsbury are both making $22 million a year and neither of those players is truly living up to their contract. Teixeira and Arod are shaky to live up to their deals. Sabathia has not lived up to his in years. The old way of doing business no longer works in MLB. It does not work for the Yankees and not for anyone else. You can sign one or two players to big free agent contracts to fill needs not 5 or 6. Your risk of a devastating injury or a player just not playing well just becomes way too high the more players you sign. The goal should be to develop your own players that are good and get 4 or 5 good years out of them before they are eligible for free agency and then decide what their worth is and whether you are willing to pay for it.

The Toronto Blue Jays seem like the best bet to win the AL East going away. The Yankees will be a team just like last year, just over .500 competing for a Wild Card playoff spot. A playoff spot that even if they do earn it they are not likely to advance very far. They would need some rebounding performances and a couple of surprise seasons to be much more than that in 2016. It will be a controlled landing over the next couple of years and fewer big names by next year. In 2017 the Yanks say goodbye to Arod which could be a circus in and of itself and develop a few young players. The takeoff begins again in 2018 when I expect this team to be legit again. Wait a minute…isn’t that the year Bryce Harper becomes a free agent? You never know. To be continued.